Okhee Lee-Salwen, a professor in the School of Education and Human Development for 22 years, feels a profound sense of gratitude to the University of Miami.

"There are many ways of giving and the personal rewards are truly priceless."

When her husband, School of Communication Professor Michael B. Salwen, Ph.D., was stricken with cancer in 2001, his colleagues and students kept him active and engaged as he battled valiantly against the disease. Before Salwen passed away in 2007, he and Lee-Salwen decided to formally thank UM through a planned gift by including the University in their estate plans.

“During the six years Michael was ill, he could work only part time,” says Lee-Salwen. “When he needed surgery or chemotherapy, he could not work at all. The University was very supportive during that entire period. In addition, Michael was among several faculty members who received an award for their academic achievements. We were both very touched by the respectful way the University treated him as a scholar at such a painful time.”

After making a series of smaller gifts over several years, Lee-Salwen recently endowed the Michael B. Salwen Scholarship Fund in the School of Communication and the Michael B. Salwen Graduate Scholarship Fund in the School of Education and Human Development in memory of her husband. “Michael and I were poor when we were doctoral students,” says Lee-Salwen. “So, we felt it was appropriate for us to help students who need financial support to attend our University.”

Now a professor of science and childhood education at New York University, Lee-Salwen returns regularly to the School of Education and Human Development, where she made significant contributions in the field of science education, such as developing a curriculum for English-language learners and students in low-income urban settings. In 2004 she received the Distinguished Career Award from the American Educational Research Association Standing Committee for Scholars of Color in Education.

Today, the professor emeritus encourages other members of the UM family to give back, even in small amounts, or through a bequest or other planned gift. “This was my academic home for more than two decades, and I believe in saying ‘thank you’ for the support,” she says.  “There are many ways of giving and the personal rewards are truly priceless.”

To learn more about making a planned gift, please visit www.miami.edu/plannedgiving or contact Cynthia Beamish, executive director of the Office of Estate and Gift Planning at 305-284-4342 or um.plannedgiving@miami.edu. 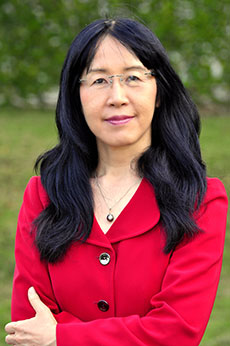